So what's the benefit to brewing an all-grain beer as opposed to extract? Better Beer! The ingredients for all-grain is also less expensive, which helps to off-set the equipment costs involved in lautering. My first extract beer cost about $60 to make 4.5 gallons and the all-grain was $40 for 4.5 gallons (I was shooting for 5 gallons in both of these brews), which resulted in a savings of 33%. The savings are actually a bit more if I were to compare "apples-to-apples". (My extract beer was a pale ale, but my all-grain was an IPA requiring a larger amount of grain and hops - so my actual savings were probably 50%.)

I won't go into the steps involved in mashing, but I will say that I followed the instructions for building a mash tun (a step involved in lautering) and the instructions for "batch sparging" on this website - "Denny's Cheap 'n' Easy Batch Sparge Brewing" as well as advice from Mike Hess of Hess Brewing. Thanks to the WestCoaster magazine/blog I stumbled across Home Brews & Gardens which is a good little home brew store in North Park - very friendly and reasonable prices where I bought all my grain, hops and yeast for this brew. I formulated my recipe on Hopville - a great online community of homebrewers with an excellent, easy to use calculator tool for formulating recipes.

My Igloo cooler doesn't seem to be the best way mash tun since the drain hole sits a couple inches off the bottom of the cooler, which made draining the wort from the mash tun a very slow process. I was able to borrow an immersion chiller from a friend, which helped speed up the cooling process, although I did have to place the wort in an ice bath to cool it down further. So far the wort has been tasting very good - good bitterness and hoppiness, so despite some faux pas during the mashing process that most homebrewers would probably freak out about, the beer seems to be turning out quite nicely. I named this IPA the "Chizzam!". 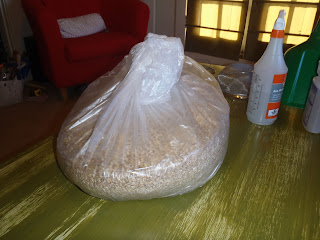 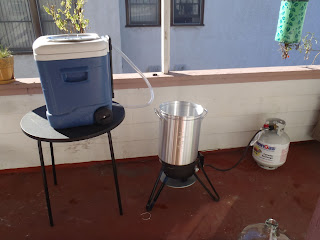 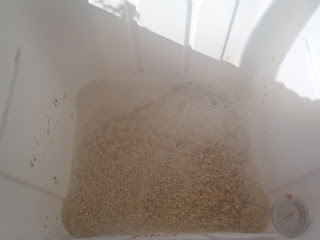 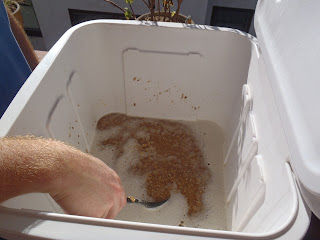 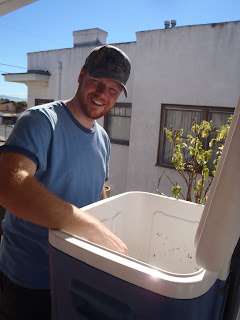 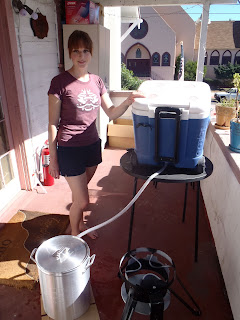 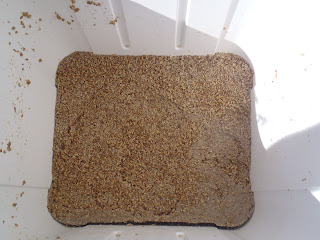 Grain bed after draining the mash and batch sparging 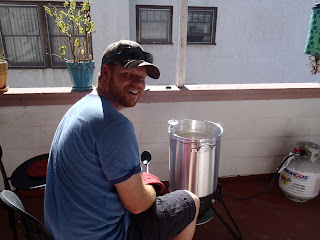 Waiting for 6 gallons of wort to boil 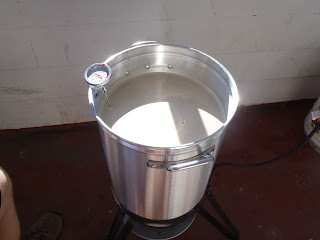 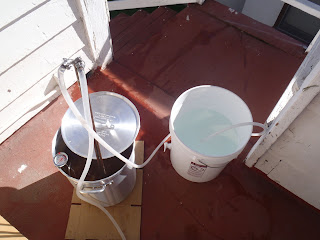 Cooling the wort with an immersion chiller. 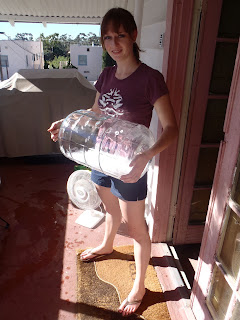 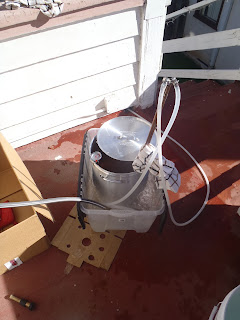 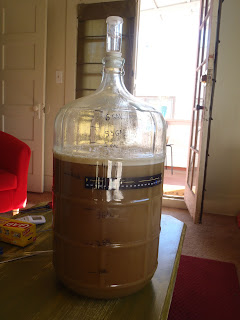 Wort is in the primary fermenter! 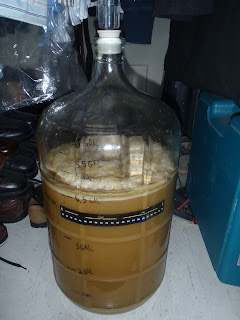 Wort after 1 day of fermenting - great fermenting activity on this one! 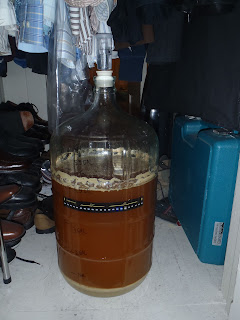 The fermenting finished in 3 days and settled out. 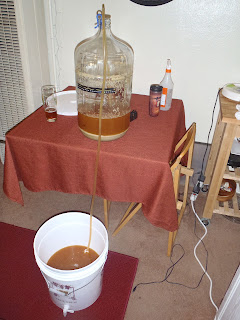 I racked the wort to a secondary fermenter, since it fermented so quickly and I still had several days before I had time to bottle - this helped the wort clear even more. 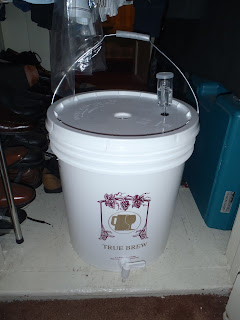 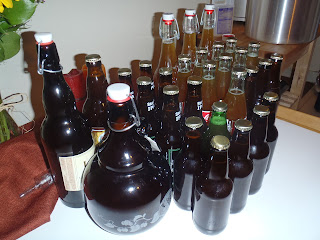 And finally the bottled Chizzam IPA! 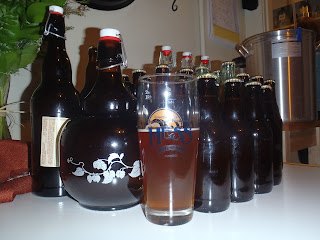 Of course I was enjoying my first home brew during this time too!