Pirate's Breakfast is making it's debut again! Wench's Milk (Batch #7) was the lower ABV version of Pirate's Breakfast that I originally brewed for Batch #4. I added cold-steeped, french pressed coffee to Wench's Milk, which gave it a slightly more coffee flavor, but the malt backbone simply wasn't there for a good Oatmeal Stout - it was too thin. So it was time to brew Pirate's Breakfast again, especially since I was up against the clock to get it brewed to enter in the fair this year.

I brewed this one at some friend's house and had his assistance and a roommate's assistant (Thanks Jeff, Gab, and Tim!) They helped a lot during the chilling process, so they became my "Chill Team". This batch had a similar recipe to the original PB brew, except I dialed back the bitterness on it a bit, and notched up the Oatmeal. I'm shooting for a very smooth, silky, thick, malty, with medium roast, and chocolate overtones. It roast flavor should hit the nose, but not be overpowering.  The mash grist was so thick and viscous with all the oatmeal that it was very difficult to drain off, and it developed quite an oil slick on top of the mash. Just 3-4 weeks and Pirate's Breakfast will be ready to drink! 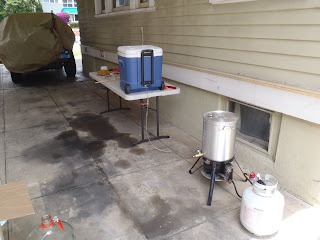 Video: Stirring up the mash during mashing/batch sparging process 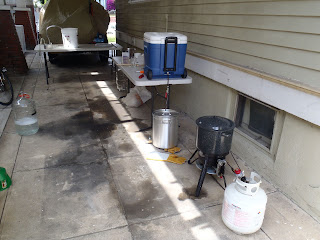 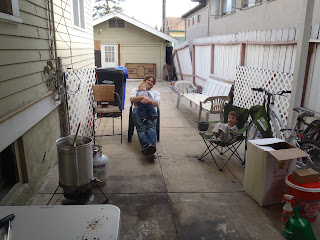 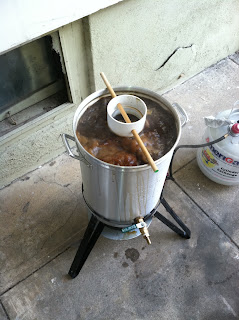 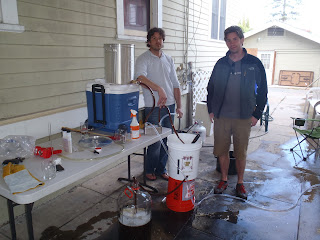 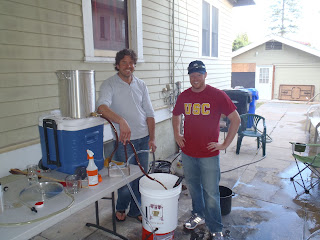 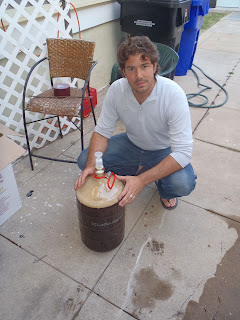 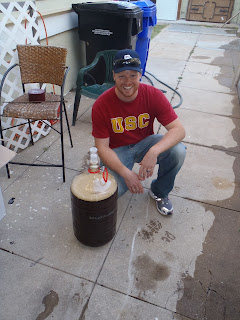 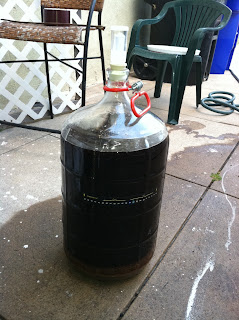