I wrote this on my back from San Francisco earlier this week and finally got around to posting it: We went on a trip to San Francisco to visit friends and visit beervana - Lagunitas Brewing Co in Petaluma, CA and Russian River Brewing Co in Santa Rosa, CA.

Firat Stop: Lagunitas: The directional signage was non existent, so after getting lost around the back of the production brewery (and checking out some of their old plastic fermenters) we eventually found the entrance to the brewpub. We entered through the beer garden/outside seating area line with rows of thick solid wood picnic tables and benches which was quickly vacated once the rain picked up. we found a spot in corner by the band and were treated to some good local music. We tried almost every beer they have on tap and I think my favorites were Maximus (double IPA) and Lagunitas Sucks ale (replacement for Brown Sugga' ale they couldn't brew this year). We were tucked away kind o in a corner which made it a bit difficult difficult to get the full experience I was
expecting to get without craning my neck around or getting up to walk around a bit. Their brewery tours are unfortunately spaced several hours apart but we eventually got on the last tour at 5pm which was informative and the tour guide kept things fun.

Second stop: Russian River: located in downtown Santa Rosa, we pulled up nearly right in front of the brewpub and walked in and were seated immediately. We ordered two sampler platters of the 15 beers they have on draft which included the California Alss and Belgian/sour ales. All the beers were amazing and it was great to sink fresh Pliny the Elder directly from the source! I got a growler of Pliny to go which we enjoyed a day later.

I was disappointed to be seated in the side room away from the fun atmosphere of the main bar area. There were also TV's in the main bar playing college football but there weren't TV's in the side room. I felt that if there were TV's then everyone should be able to watch the game. It really needs to be all or nothing - I felt a little jipped to have traveled so far to RR to sort of miss out on the RR experience. The service, beer, and pizza were all excellent which helped make up for it though. Overall, still a great experience to visit such awesome breweries. If I'm in the area I'll definitely be back to RR and Lagunitas 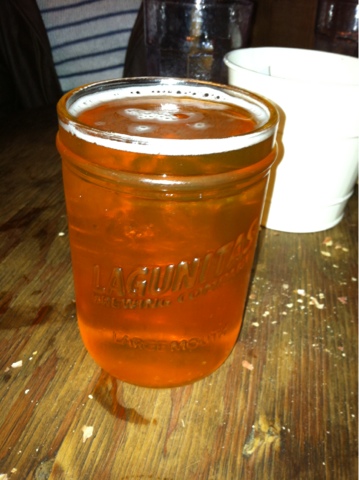 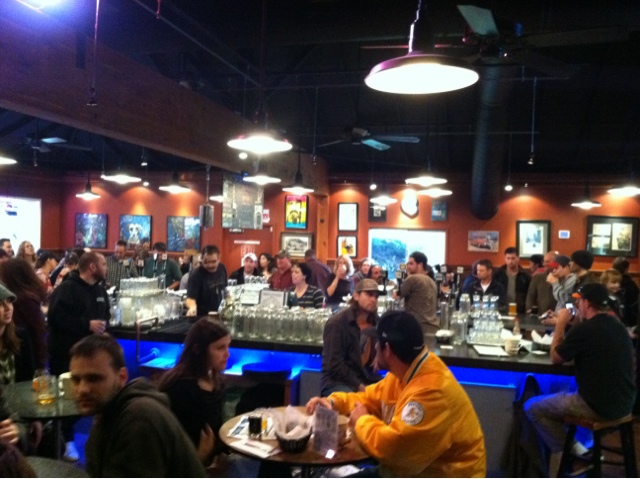 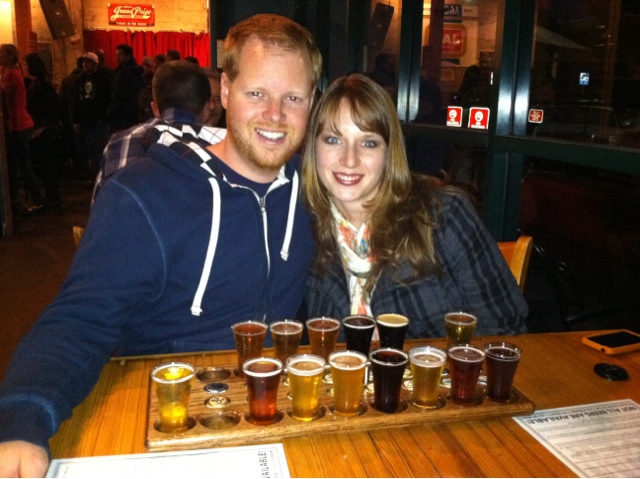 Posted by Curtis at 8:24 PM No comments: