I was in the mood for great IPA this evening so I picked up a 6 pack of Dogfish Head 60 Minute IPA. I also am in a 12 week review class for the BJCP (Beer Judge Certification Program) to be come a beer judge, so I'm trying to do formal tastings on many different beers.

Dogfish Head 60 minute IPA is a continuously hopped IPA with Northwestern US hops. Continuously hops means they have an auger that literally drops hops into the boil kettle throughout the entire 60 minute boil, resulting in 60 or more individual hop additions. It's an interesting concept, which seems to result in a fairly balanced beer, although, continuous hopping isn't necessary to achieve a balanced beer.

Although this is a terrific beer, I think they may be pushing the pricing envelope a bit far - $16 for a 6 pack? There plenty of other IPA's out there that are as good or better that are priced at the $9-$10 range. I may not have chosen it tonight if there was a price tag on it - I should have known better - no price tags equal lots of $$$ ! In any case, it's a wonderful beer that I was able to enjoy this evening. Maybe it's because of my cold that I'm recovering from, but after I conducted my tasting session, I looked up what Dogfish Head had to say and they state that it is for hop heads (a hop bomb) and has a lot of citrus aroma. I picked up no citrus aroma, and yes it is definitely hoppy, but no means is it a hop bomb. It's extremely well balanced between the malt and hops though, very drinkable, and probably a delicious beer to introduce to people moving from lighter beers into the IPA realm, but still not as hoppy as other IPA examples, such as Stone IPA, or Lagunitas IPA (my personal favorite). 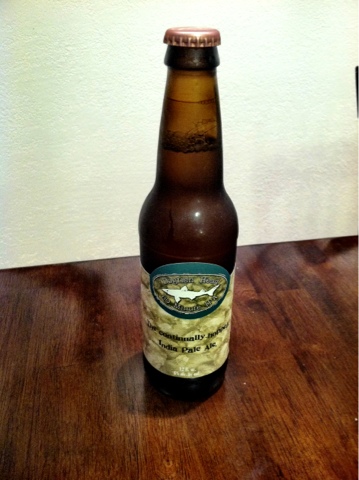 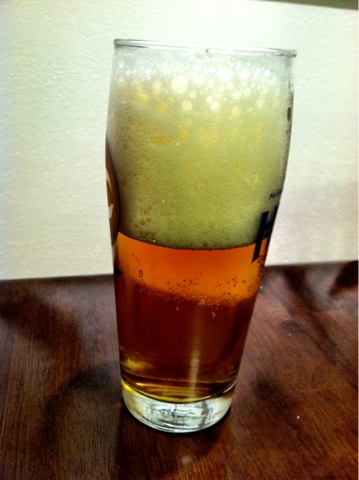 Email ThisBlogThis!Share to TwitterShare to FacebookShare to Pinterest
Labels: Tastings