We currently have a Kickstarter campaign in progress to raise funds to dress up our tasting room to change it from bare bones to awesome! Here's the link: http://kck.st/17ZMbcl - Our brewery currently has a signed lease on a location in San Diego, state ABC and Federal TTB licensing submitted, construction documents being designed and will be submitted to the City in a couple of weeks! Lots of progress being made, but we need your assistance to help the space look amazing! If you're willing to lend a hand through our Kickstarter, we'd really appreciate. We plan on throwing a sweet party for Kickstarter backers ONLY! It'll be an awesome time!
Posted by Curtis at 7:52 AM 1 comment:

Hey Folks, sorry for the lack of posting of late. I've been extremely busy preparing plans to open up my own Nano-Brewery! Our plan is to open a tasting room powered by a 3 BBL brewhouse in the San Diego area. We've got some great press recently and are starting to get some momentum going. I'll continue my full time employment working on the business part time, while Liz will be the full time brewer and brewery manager, making her one of a handful of female brewers/brewery owners.

We've got some great press the past week thanks to the Eater and San Diego Beer news. Check out the articles here. Follow us on twitter @councilbrewing and on Facebook for the latest updates!

We hosted a beer pairing party last Saturday where we invited guests to bring dishes that paired well with our home brew selections. Fun times were had by all and the food pairings were delicious along side our beer. We had 12 beers available that evening! 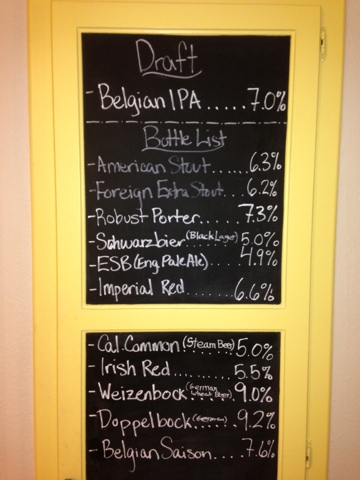 This provided us with an opportunity to obtain feedback on many different beers that we are entering in the National Homebrew Competition next month. The vast majority of entries scored in the low to high 30's. So although only two placed, we know that in another competition any of those other entries could easily place as well. Competitions tend to be a bit of a "numbers game" or a crap shoot. The more entries you have, (assuming high quality), then of course the better the odds of placing. I expected that our English Special Bitter and Saison would medal (which ended up scoring 38 and 37 respectively) but they didn't.

Beers fair differently in each competition. We haven't had a beer place in multiple competitions, but we're placing in many different categories. For example, the Belgian Dark Strong that took 1st in the QUAFF Strong Ale Competition with a 38, received a much lower score in the AHA Un-Session Competition (28). But then it scored fairly well again in the AFC at 34 with a lot of praise. So you just never know how well a beer will actually perform in competition. We're looking forward to the NHC competition in the coming months. The organizers of AFC did a fantastic job to try to pair judges properly so that all the beers were judged fairly and I'm very grateful to them for making the extraordinary effort to organize the AFC competition. 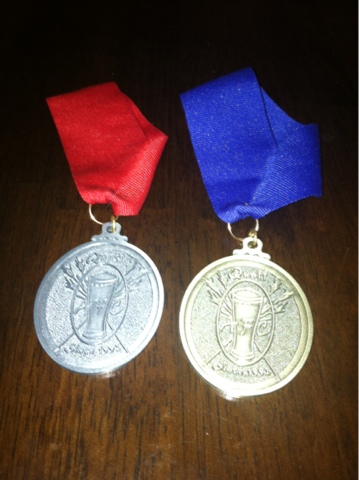 Email ThisBlogThis!Share to TwitterShare to FacebookShare to Pinterest
Labels: Competitions

On February 1, 2013 we trekked to San Francisco to move a friend to San Diego and while we were there we went to Santa Rosa/Russian River Brewing Company for the first day of the 2013 Pliny the Younger release! We spent 4 1/2 hours in line - 3pm to 7:30pm and passed the time chatting to the many craft beer enthusiasts that braved the long line as well. We finally made it in and boy was it worth it! The experience of drinking Pliny the Younger on the first day with so many other exuberant people is not to be missed. Without further ado, the pictures!

Posted by Curtis at 5:29 PM No comments:

I had the hair-brained idea last night to brew an experimental 1 gallon test batch of an experimental IPA. I'm looking to get a lot of tropical fruits, specifically, Pineapple out of the aroma. I didn't want to spend a lot of time on it, so I brewed an extract batch with some Crystal 40 steeped grains, and boiled for just 15 minutes with the new hop variety - Zythos and fermented with WLP 575 Belgian yeast. Dry Malt Extract has already been boiled so a full 60 minute wort boil isn't required. Between all the set up, brewing, cooling, and clean up, the batch only took me 1 1/2 hours! I'll probably start doing more extract test batches in the near future considering how quickly it can be done.

It's currently fermenting, but I couldn't believe the amount of bitterness that was extracted in just 15 minutes. It was probably the most bitter IPA I've brewed. I've been slowly moving towards less early bittering charges and higher amounts of late addition hopping to extract more hop flavor and aroma. After performing this test, my next all-grain IPA will be conducted with a 60 minute boil and all late addition hops (15 minutes and less).

Brewery Tour Round Up

I never finished my Beercation series. Here's are lots of photos from the rest of the breweries we visited. 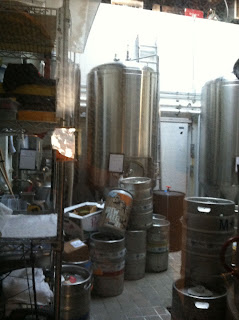 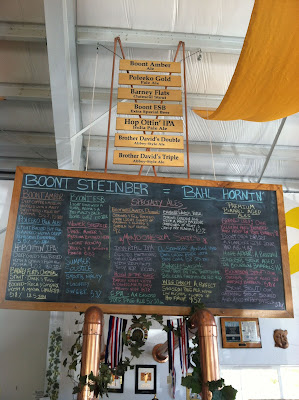 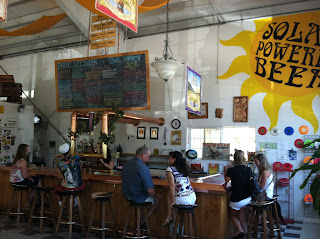 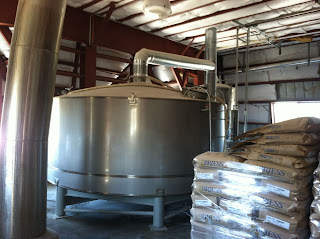 2012 was a great brewing year for Liz and I. We got 30 batches in the books, 3 ribbons (1st Place and Best of Show Honorable Mention at the SD Fair for the the Pale Ale and 1st Place in the QUAFF Strong Ale Competition for the Belgian Dark Strong), became an active member of QUAFF, became BJCP Certified Judges, took a great Beercation, visiting 13 breweries,  and finished the year with getting a Brew Dog - Nelson. Here are a few photos showing some of the highlights of the year: